How To Clean A Shower Head

Keeping your shower head clean not only makes it sparkle in your bathroom but also helps to improve water pressure and keep the spray pattern consistent. Below you can find our top tips on how to clean a shower head with or without removing it. 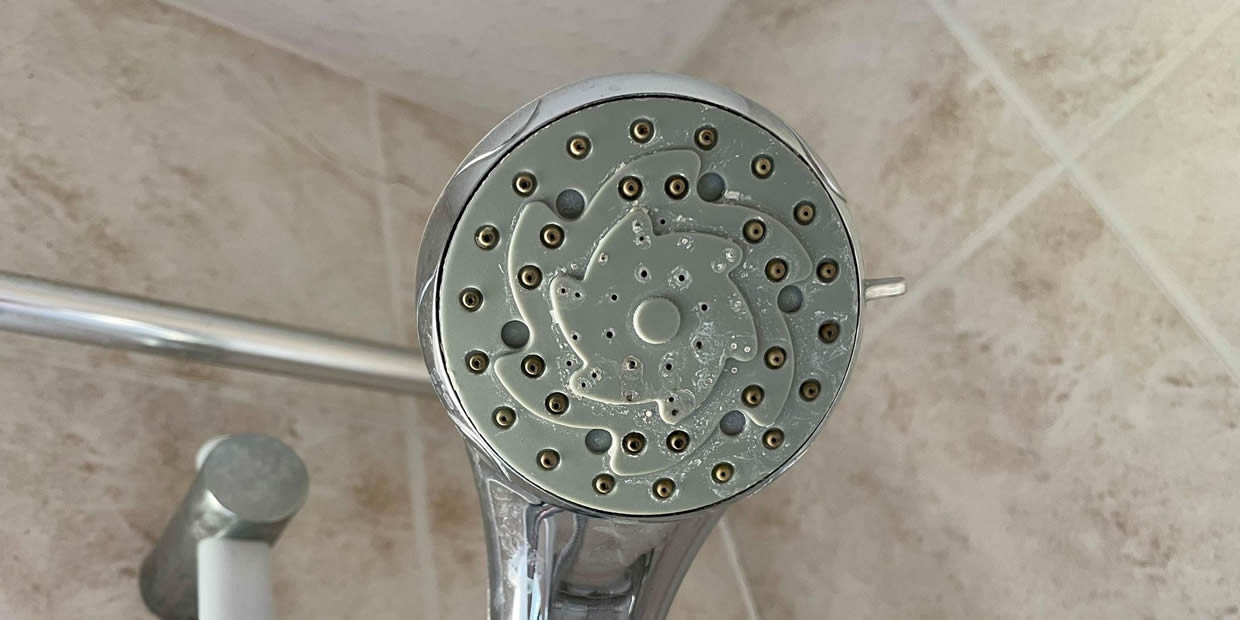 Whether you’ve noticed deposits appearing near the nozzles (as show above) or inconsistent spray patterns, it may be time to clean your shower head. Overtime, the buildup of limescale will cause shower heads to become blocked, which effects the water flow and spray patterns. It also covers the shower head itself, which makes it lose its desirable shine.

Luckily, cleaning a shower head isn’t that difficult and doesn’t involve any expensive products or tools. Whether you have a fixed head shower head upon your luxury mixer shower or an adjustable shower head, below is everything you need to know in order to effectively clean a shower head.

How To Clean A Shower Head

Regarding the final step, you can even add some baking soda into the mix for extra cleaning power. This is particularly useful for those with a very heavy buildup of limescale that may not be removed in a single wash.

How To Clean A Shower Head Without Removing It

Limescale is a common problem that’s made worse if you live in an area with hard water. Although you could dry the shower head with a cloth after each use, it isn’t something that you want to do each and every time you get out of the shower. Alternatively, the most common method to reduce the buildup of limescale is to install a water softener.

Thanks to modern technology, some of the best rated shower heads now come with clever designs that prevent the build-up of limescale. This is certainly something to consider if you are having troubles and don’t mind spending slightly extra on a shower head in order to reduce the dreaded limescale buildup.

Cleaning your shower head really is that easy and can be achieved regardless to whether its a fixed or adjustable shower head. If you’d prefer to clean a shower head without vinegar, there are plenty of dedicated cleaners that you can use instead. However, we’d recommend that you avoid bleach and using a hard bristle brushes to removing any debris.

Within some of our articles, Darimo may direct you to retailers, which may provide us with a small commission on any sales. This comes at no extra cost to you and does not affect our opinions on product quality. You can read more via our affiliate disclosure.